NO NOISE OR
VISUAL POLLUTION

DEMOCRATIZATION
OF THE POWER SUPPLY

HOW WE ARE ELECTRIFYING INDUSTRIAL TRANSPORT

When most people first hear about hydrogen powered vehicles…

Fuel cell technology is not a new topic. Although the…

The U.S. was the first country to establish hydrogen and fuel cell…

ONE PACKAGE. ONE MONTHLY RATE.

AS SIMPLE AS THAT.

Transport your fleet into the future with our selection of zero-emissions over-the-road tractor trailers, delivery vehicles, and industrial forklifts. Our fleet management support and nationwide network keep your company on the path forward.

WE’RE ON A DIFFERENT PATH. WHEN YOU PARTNER WITH HYDROFLEET, YOU’RE ON IT TOO.
Partner With Us 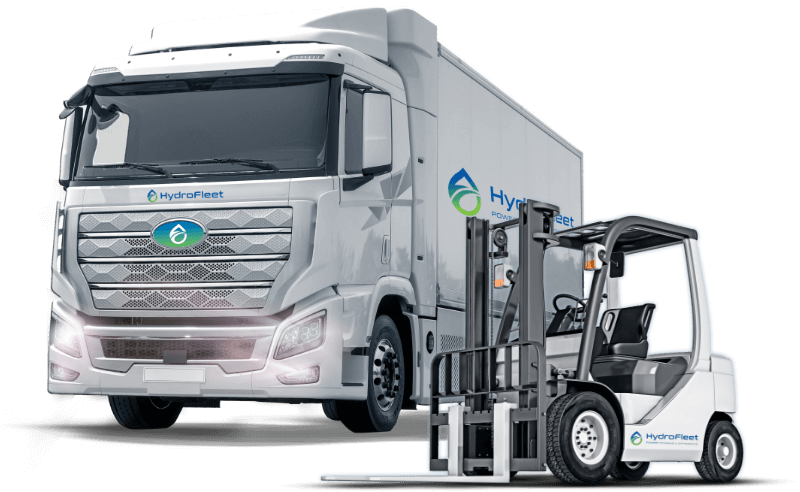 Hydrogen is the most abundant element in the universe. Despite the challenges associated with its extraction from water, it is a renewable source of energy, perfect for our future zero-carbon needs for combined heat and power supplies.

The charge time for hydrogen fuel cell power units is similar to fueling times for conventional internal combustion engine vehicles and markedly quicker in comparison to battery-powered electric vehicles. Where electric vehicles require between 30 minutes and several hours to charge, hydrogen powered vehicles can be recharged in under five minutes. This is especially advantageous when high utilization rates or customer convenience are important, as for trucks, forklifts, taxis, autonomous vehicles, or local delivery vehicles.

Shorter refueling times also reduce the fueling infrastructure footprint and requirements. They translate to fewer chargers or fuel pumps in public areas or in geographically confined operations, such as warehouses, mines, and ports.

Hydrogen fuel cell technology provides a high-density source of energy. Hydrogen has the highest energy content of any common fuel by weight. Gaseous and liquid hydrogen have around three times the gravimetric energy density of diesel and LNG and a similar volumetric energy density to natural gas.

Theoretically, battery electric vehicles (BEVs) have higher energy efficiencies, but the heavy battery weight minimizes this advantage, especially for heavy duty vehicles in long-distance transit. The farther they have to travel, the larger battery BEVs need, which adds extra weight. For example, Tesla’s electric heavy truck model is estimated to reach 4.5 tons of battery weight. Hydrogen powered vehicles do not suffer from the same problem since the amount of hydrogen carried adds much less weight to the vehicle.

Hydrogen fuel cells provide an inherently clean source of energy, with no adverse environmental impact during operation. The only byproducts are heat and water. Unlike biofuel or hydropower, hydrogen doesn’t require large areas of land to produce. Hydrogen fuel cells are a nontoxic fuel source that do not generate greenhouse gas emissions. They are, therefore, superior to coal, natural gas, and nuclear power, which are all either potentially dangerous or hard to obtain.

No Noise or Visual Pollution

Some low-carbon energy sources, such as wind energy and biofuel power plants can be an eyesore, however, hydrogen facilities do not have the same space requirements, meaning that there is less visual pollution.

Hydrogen fuel cells are not significantly impacted by the outside temperature and do not deteriorate in cold weather, unlike electric vehicles. Fuel cells provide consistent performance regardless of ambient temperature, enabling deployment across geographies with cold or varying climates.

Democratization of the Power Supply

Hydrogen has the potential to reduce the dependency of a nation on fossil fuels, which will help democratize energy and power supplies around the world. This increased independence will prove a benefit for many countries who are currently reliant on fossil fuel supply. Of course, this will also avoid the problem of rising fossil fuel prices as stocks deplete.
THE CHALLENGES THAT COME WITH CHANGE ARE OUR FUEL
Learn the Facts
SIMPLIFYING THE TRANSITION TO HYDROGEN POWERED FLEETS
A Simplified Approach
CHANGE IS CONTINUOUS AND OCCURRING ALL AROUND
Learn How 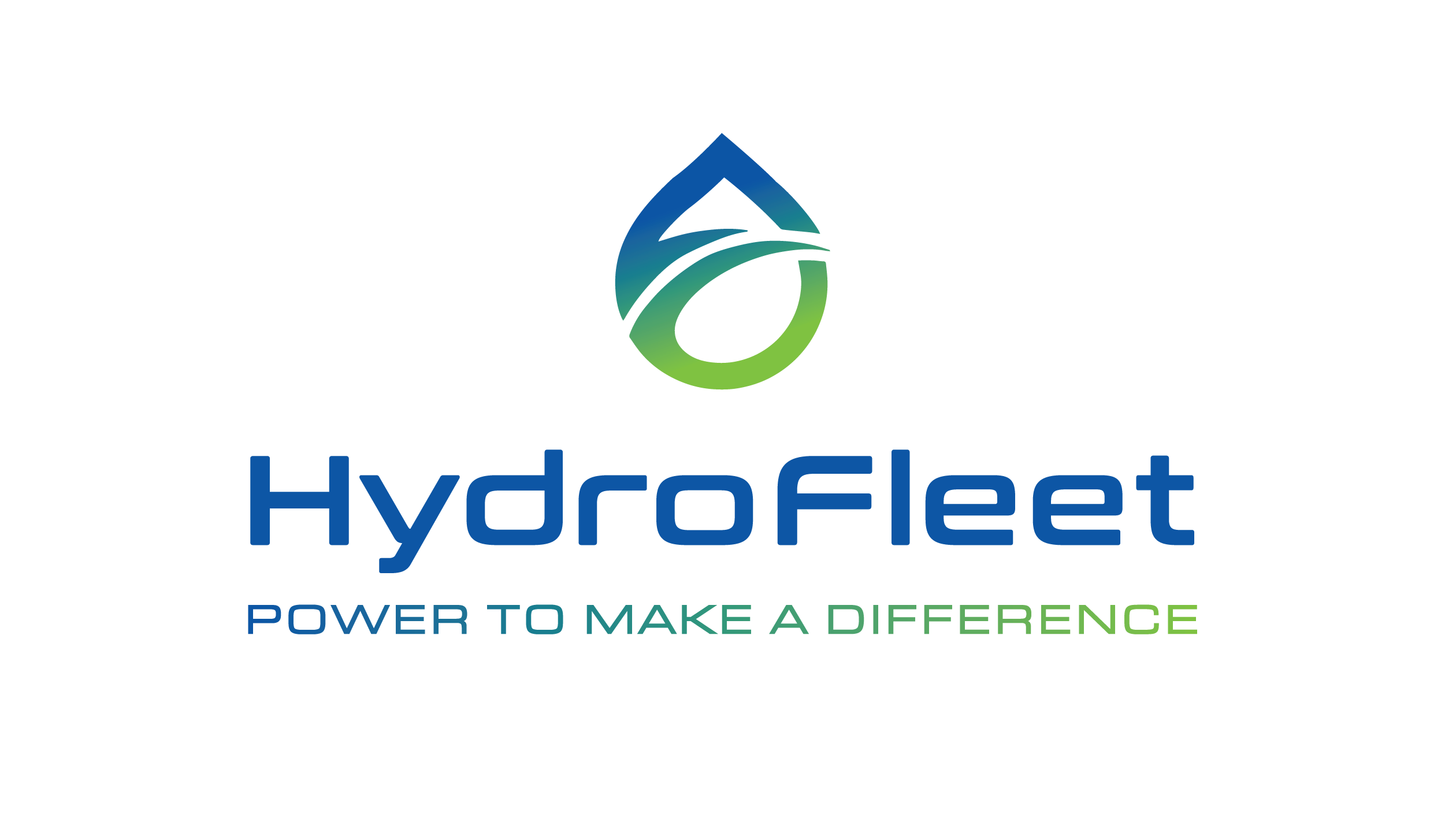